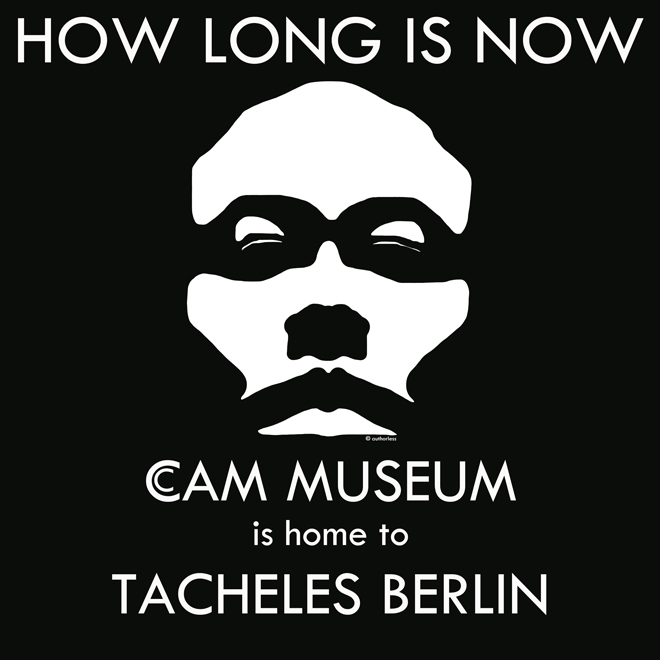 How long is now
CAM MUSEUM is home to TACHELES BERLIN 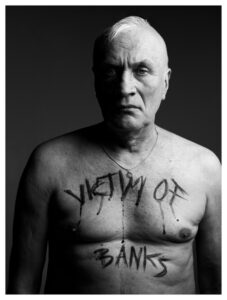 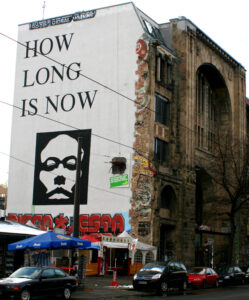 After gaining its space, CAM museum recovers the art revolutionby offering a political/cultural asylum to the Berlin Tacheles, center for art closed up last September by German authorities.
Even Germany, although leading the economic power of Europe is submitted to finance and banking damaging culture.
The CAM museum and its director Antonio Manfredi revolution against the critical situation of cultural spaces in Italy and worldwide keeps going on. CAM museum, first to arrange the protest, keeps on fighting to protect a common value, thus welcoming the appeal of the Tacheles Kunsthaus in Berlin by sustaing and hosting it, offering it asylum in its exhibition spaces. As far as 2011 CAM requested Germany for political/cultural asylum with a letter to Angela Merkel, and now offers itself as place for the “refugee” works of the artists of the Berlin gallery by permanently dedicating them a hall. Tacheles, international center for art managed by artists in the very heart of the german city since 1990 after the Berlin wall fall, hosted the CAM exhibition Maybe and has been definitely forced to close last September by german authorities. In its place a shopping center, thus deleting tens of years of history and cultural vivacity. It is against all this that the art revolution, CAM Art War, arose by involving a big number of international artists and cultural institutions, making the powder keg of the world of art unrest explode. Abandoned by their own institutions and often forced to interrupt their activities due to lack of funds, the places of culture and the employees appeal with sorrow to survival by means of a pacific protest and CAM Art War by offering a political/cultural asylum provides a strong signal of solidarity and another gesture of protest. 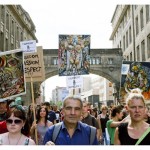 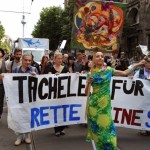